Put your time back into your Core Business

Imagine being able to create a Belgian type wheat beer, a fruity beer, a top fermentation beer, etc… without having to do anything else than focusing on your own usual beer… CBS makes it possible! 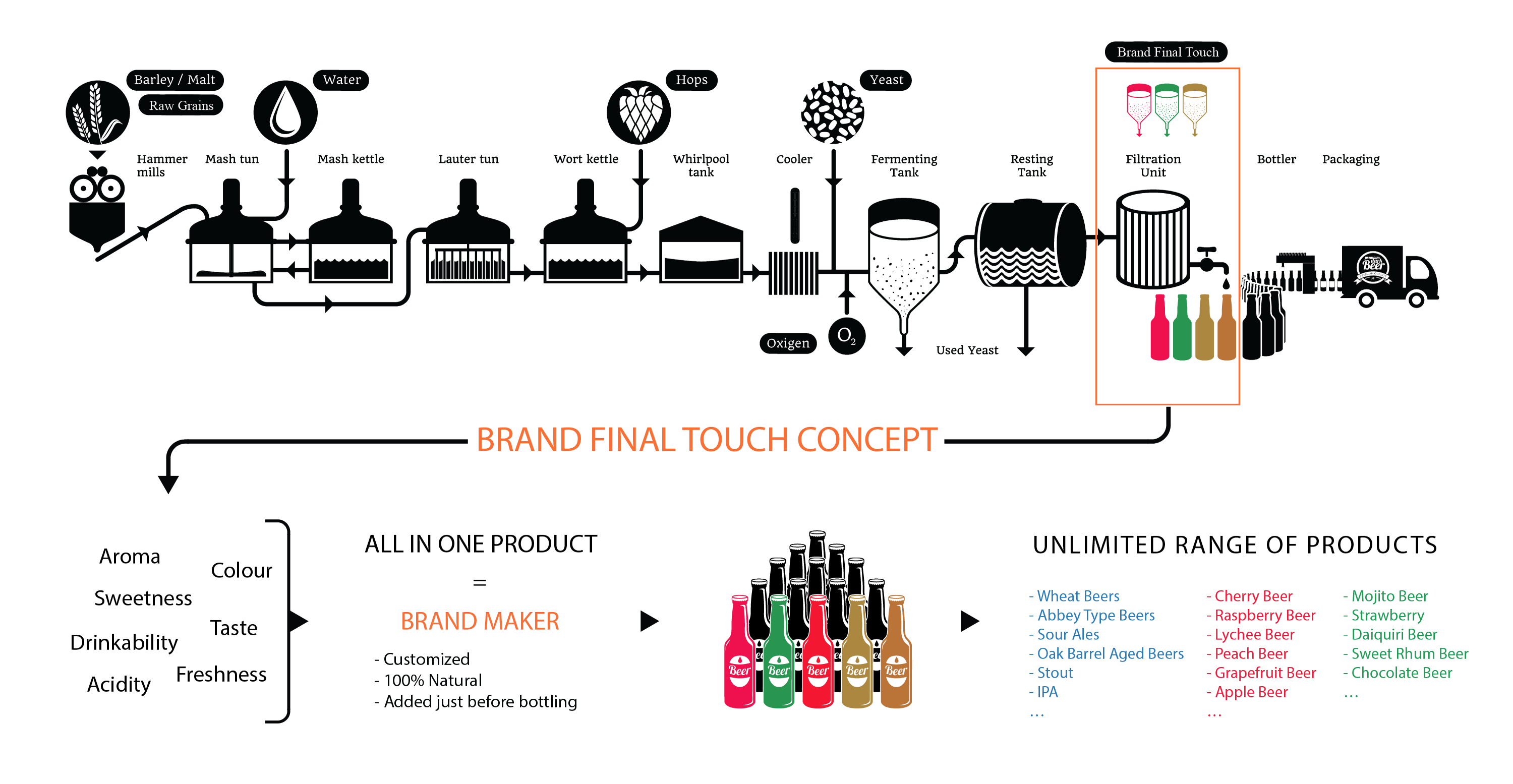 These brand makers can be customized on demand.

WB-MIX has been set up to produce white beers with taste, flavour and cloudy aspect similar to main commercial Belgian white beers which are refreshing and thirst-quenching. WB-MIX has to be added to a standard base beer with low bitterness (10-12 EBU) as unique requisite to obtain a white beer (WB-MIX Project).

PF-MIX-HOP range of products allows to improve the palate fullness, the freshness and the hop aroma of the base beer. It improves the drinkability and delays the appearance of staling off-flavours. The resulting beer is a well-balanced Premium Beer with increased shelf life.